Majuli is a riverine  island in the Brahmaputra River, and

is the  first island to be made a district in India is also a place worth visiting ina Assam Tour Package. It used to have an area of 880 square kilometres at the beginning of the 20th century, but having lost significantly to 352 square kilometres as the river surrounding it has grown. Majuli is currently listed as the world's largest river island in the Guinness Book of World Records. Majuli island is accessible by ferries from the city of Jorhat. The island is about 350 kilometres east from the state's capital city Guwahati. Majuli is formed due to course changes by the river Brahmaputra and its tributaries. Majuli is the abode of the Vaishnav culture. Activities include visiting the Satras are the unique religious as well as socio-cultural institutions, witness the art of pottery and  mask making, experience the traditional form of agriculture and fishing and the view of the sunrise and sunset. 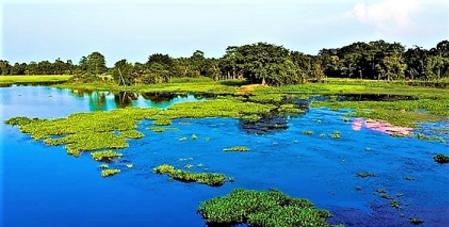 People taking a Assam Trip generally club their tour with either Meghalaya or Arunachal Pradesh. A short Meghalaya and Assam Tour Package generally takes 4 Nights and 5 days. But if you include want to include Kaziranga National Park along with Meghalaya and Assam tour then it is better to make plan at least 7 Night 8 Days. For Assam Trip with Arunachal Pradesh it takes minimum of 8 Nights 9 Days. But if you are adding Kaziranga then it is better for an at least 10 Night 11 Days. But If you are considering a full Assam Package Tour with Arunchal and Meghalaya you need at 13 Days tour Package covering all the attractions.

​Send Details, We Will Call You Back!

How To Reach Assam?

Guwahati the capital of Assam is the gateway to North East India. All major tourists circuits to North east like Meghalaya, Arunachal, Mizoram, Manipur and Nagaland starts from here. Guwahati is well connected to rest of India by Air, Rail and Road from all major cities of India. Lokpriya Gopinath Bordoloi Airport (IATA: GAU, ICAO: VEGT) is the airport which is 21 kms from Guwahati City. Guwahati Railway Station is at the heart of the town and connected to all major towns by railways in India. Guwahati to Shillong is about 100 Kms.

What is the famous in Assam?
Assam is known for Assam tea and Assam silk. Assam is home to the one-horned Indian rhinoceros, wild water buffalo, pygmy hog, tiger and various species of Asiatic birds, and the Asian elephant which you can see at Kaziranga, Manas, Pobitora National Park. Majuli is also famous attraction in Assam Tour Package.

What is the best time to visit Assam?
The state of Assam is best visited from November to May. The weather is perfect, with cool winds blowing from the Himalayan foothills to reduce heat and humidity. Orchids bloom between March and May, in January local people celebrate Bihu, the harvest festival. If you are going for Kaziranga then remember the jungle is closed from May to October. So it is better to consult local experts before planning a Assam Tour Packages.

Why is Assam famous for tourism?
With Bhramaputra rolling down with its pristine water, and the aromatic scents of the tea fields, some of the most famous National Park Assam is one of the best tourist destination. It is one of the major contributors in the field of Tourism to India. Waiting to be explored, this state is also gateway to other noorth eastern states. Kaziranga is one of the most popular among Assam Tour Packages.

What can I buy from Assam?
Tea Leaves. Assam Tea is famous in India and across the whole world. Assam Silk Sarees & Mekhla, Handicraft, Pickles, Jaapi & Wooden Rhino Statue, Assamese Traditional Jewelry are products you can buy while in a Assam Tour Packages. 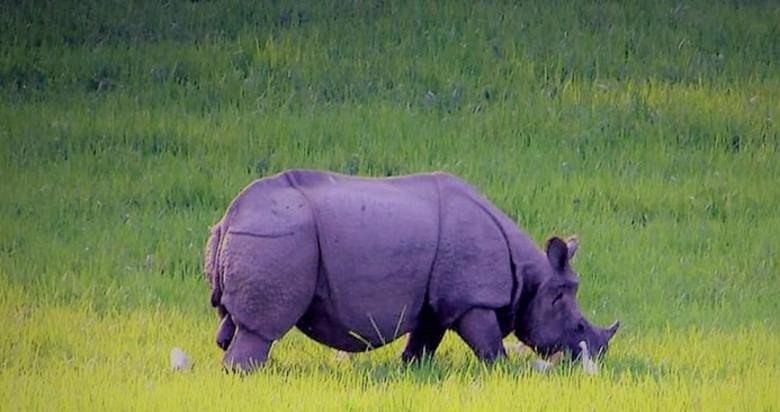 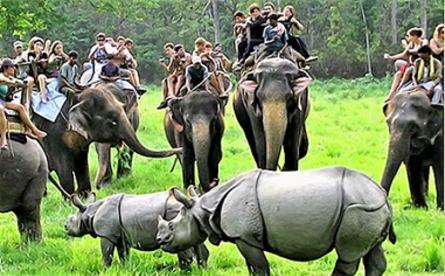 Before Planning a Assam Tour Packages or Assam Holidays you should know......

Assam is a located in north eastern India, situated south of the Himalayas along the Brahmaputra River and Barak River valleys. Assam is internationally famous for its Tea and Silk. The state was the first site for oil drilling exploration in Asia. Assam has history of humans dating back to stone age, and is very rich in culture & religion. Over several thousand years the culture was developed and their mention are found even in Mahabharata. Despite numerous invasions, mostly by the Muslim rulers, no western power ruled Assam until the arrival of the British. Despite the Mughals making seventeen attempts to invade Assam, they were never successful. Several religious sites of Hindus are present in the state like the famous Kamakhya Temple & Bashista Muni Ashram(located in the south-east corner of Guwahati city, is a Shiva mandir dates back to the Vedic age. According to legend the ashram was founded by the great saint Basistha/Vasishtha). People of India considers Assam Trip as a pilgrimage. Other than the above there are lot of other activity in Assam Tour Packages.

In Assam Tour Package you come across one of the richest biodiversity zones in the world and consists of tropical rainforests, deciduous forests, riverine grasslands, bamboo orchards and numerous wetland ecosystems. Many are now protected as national parks and reserved forests. Assam has wildlife sanctuaries, the most prominent of which are two UNESCO Heritage sites the Kaziranga National Park and the Manas Wildlife Sanctuary, near the border with Bhutan. Assam is home to the one-horned Indian rhinoceros and home to 70% of the entire species belong here, along with the wild water buffalo, pygmy hog, tiger and various species of Asiatic birds, and provides one of the last wild habitats for the Asian elephant. Due to the fertile plains Assam is also very rich in its agriculture. The economy of the area is aided by wildlife in Assam tourism to Kaziranga National Park and Manas National Park, which are World Heritage Sites. Famed for Feral horses Dibru-Saikhowa National Park is another National Park in Assam. ​Majuli Island Is a unique destination  as the world's largest river island in the Guinness Book of World Records. The Culture of the Vaishnavism draws lots of tourist here. Assam Holiday Packages have lot to offer in terms of wildlife, culture and heritage. So it is better to consult our travel expert like us before you make any Assam Tourism packages.

​Guwahati And Its Tourist Attractions

​If you are taking a Assam tour package then you will land up first at Guwahati. Guwahati the capital of Assam is the gateway to North East India. All major tourists circuits to North east like Meghalaya, Arunachal, Mizoram, Manipur and Nagaland starts from here. Guwahati is well connected to rest of India by Air, Rail and Road from all major cities of India. Lokpriya Gopinath Bordoloi Airport (IATA: GAU, ICAO: VEGT) is the airport which is 21 kms from Guwahati City. Guwahati Railway Station is at the heart of the town. Guwahati to Shillong is about 100 Kms.

Dipor Bil s a permanent freshwater lake to the south of the Brahmaputra river is a natural habitat to many varieties of birds. 219 species of birds including more than 70 migratory species are reported in the bil area. The largest congregations of aquatic birds can be seen, particularly in winter, with a reported recorded count of 19,000 water birds in a day. Umananda Temple In the peacock riverine island, The State Museum, Srimanta Sankaradeva Kalakshetra and Kalakhetra are some very interesting places to visit. Other popular activity in Assam Tour the planetorium, Nehru Park, Basista Muni Asram, Tirupati Balaji Temple are some of the others which draw significant tourists.

Both Kaziranga and Manas are National Park or Wildlife Sanctuary and are UNESCO Natural World Heritage site, a Project Tiger reserve, an elephant reserve and a biosphere reserve in Assam and a must see in Assam Trip. Kaziranga is about 200 Kms east of Guwahati city and on the south of the Brahmaputa River while  Manas is137 kms to the North West  of the city and borders Bhutan on the north. Though both the parks are very rich in animals like One Horned Rhinoceros, royal Bengal Tigers, Elephants Kaziranga is more popular in a Assam Itinerary due to the availability of tourism infrastructure. Kaziranga offers one Elephant safari and 4 Jeep Safari tours Kohora (central) Range, Bagori (western) Range, Agaratoli (eastern) Range, Burapahar (ghorakati) Range. Lot of accommodation is available at Kaziranga National Park depending upon your budget from star luxury accommodations to even suit backpackers. Manas has only one Jungle safari available. Manas does not have much of hotels with 4-5 accommodations and are a little highly priced.