Best Beaches Near Kolkata For A Quick Weekend Trip 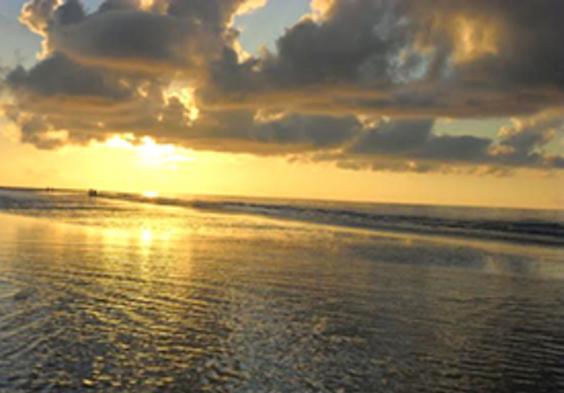 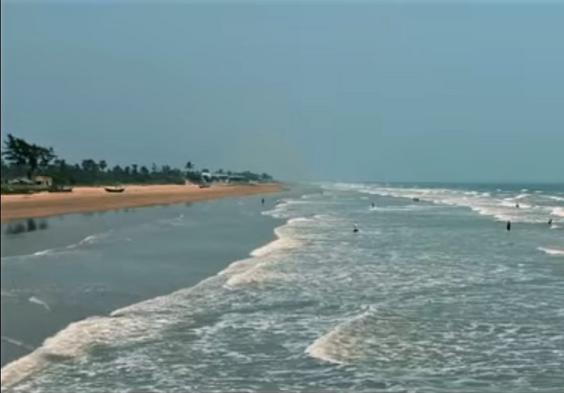 Mandarmani is a seaside resort town in the state of West Bengal, and lies at the northern end of the Bay of Bengal. It is one of the rapidly growing and largest seaside resorts. It is almost 180 km from Kolkata, on the Kolkata - Digha route. The beach is almost 13 kms long. Red crabs crawling around the beach is a special attraction of Mandarmani.  The beach have relatively low waves than the beaches of Digha.  Mandarmani can be best reached by road, rail and bus from kolkata. Nearest rail head being Ramnagar and bus stop being Chowlkhola. Nearest Airport is Kolkata. It was argued to be the longest driveable (drive in) beach in India, however local police currently restricts private cars to drive across the beach. Previously one could only reach the resorts by driving across the beach but now a proper road has been built allowing tourists to reach their hotels from the backside. The beach is the primary attraction offering tourists to enjoy the sea from early morning to late afternoon. There are also a string of local shops selling shells, handmade jewellery and handicrafts. A few locals also offer groups to take trip towards the mohana (Estuary) during sunset. Modern resorts with all facilities are available for stay. You can buy raw cashew nuts which are locally grown. Sea fishes Carbs & Prawns are also found in abundance.

Bakkhali is on one of the many islands spread across southern Bengal and a popular sea beach. There is a 8 km long beach stretching from Bakkhali to Frasergunj with gently rolling waves. These are twin towns now forming one continuous locality. It is a hard beach suitable for cycling or even driving. One can take long walks along the Beach. Bakkhali is 122 km by road from Esplanade, Kolkata. The road runs through Diamond Harbour and Kakdwip to Namkhana. Until recently Bakkhali was a isolated island connected by ferry but recently a connecting bridge over Hatania Datania river was built which now directly connects Bakkhali to mainland India. You can take a trip to Henry's Island and Watch Tower. From the watch tower you can view the entire Sunderban area. It is a splendid view. On one side you can see the Bakkhali Beach in the far distance and on all the other side the green expanses of Sundarban. Have a walk to the beach which goes through a stretch of mangrove jungle. You can also pay a visit to a small island, Jammu Deep, amidst the sea where you have to travel via boat in high waves from the Benfish Harbour, the boat ride is just thrilling on arrival you will be delighted to see the beach full with Red Crabs its really a nice view. There Crocodile Park and Mangrove forest just beside the Bakkhali Bus Stop. 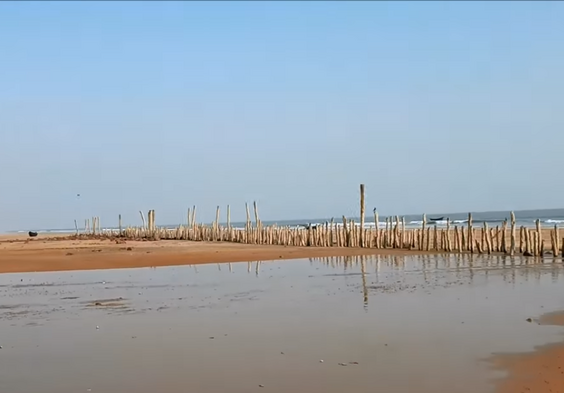 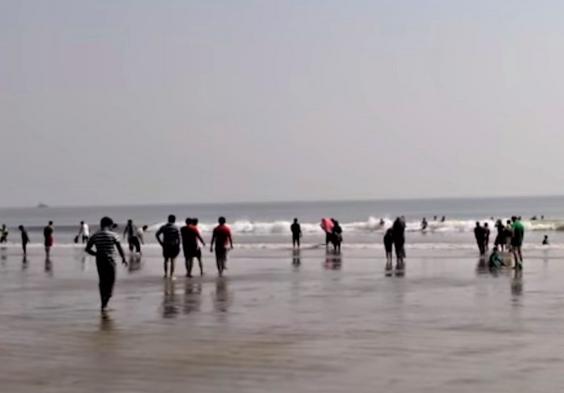 Sea Beaches Near Kolkata Best For A Quick Weekend Trip

Digha is a seaside resort town and is the most popular sea resort in West Bengal.
An English businessman John Frank Snaith started living here in 1923 and his writings provided a good exposure to this place. It is located 183 km (114 mi) from Kolkata/Howrah, this proximity has probably helped this small hamlet to emerge as a popular weekend getaway with number of good hotels and tourist lodges. Digha is connected to Kolkata/Howrah by a highway and a rail-link via Tamluk. Now many trains run between Digha and Howarh and other stations in eastern India. An old church is well famous in Digha, which can be seen near the Old Digha Main gate this place is also known as Alankarpur Digha. The best way to visit is to book a local van rickshaw. There are so many place where one can travel which give mental refreshments, like Tajpur, Odisa Border, Science City etc. There is frequent bus service to Digha from Kolkata,  Burdwan, Bolpur, Siliguri, Asansol, Kirnahar, Baharampur, Serampore and many other parts of West Bengal. Marine Aquarium and Research Centre is a major tourist attraction here. There is huge market for your shopping needs where artifacts made from sea shell, pearls and other products are available. Though the main beaches are heavily crowded if you walk a few kms to find isolated beaches.

Our Popular Tour Packages Near Kolkata

Tajpur is located on the shore of Bay of Bengal (near Digha). Tajpur is set between Mandarmani and Shankarpur. Tajpur is 172.9 km via NH16 and NH116B from the state capital Kolkata. Tajpur is 18 kms from popular tourist town of Digha and about 20 Kms from Mandarmani. It is one of the hidden beach destinations of India. It lies right on the Kolkata-Digha route, just 16 km before Digha. Tajpur beach has gained prominence as a weekend beach destination yet the beaches here are relatively less crowded. Tajpur’s main attraction is its beautiful beach that is lined with the dense tamarisk trees. During the daytime, you will see the sand being carpeted with red crabs. During the break of dawn, you will get to witness the chaotic yet delightful cacophony of the seagulls here at the beach. These beaches are both popular among travelers from India and abroad enjoying holidayi here at the beach. The beach of Tajpur is one of the most virgin, secluded and unexplored, just 4 hours drive from Kolkata. The beach looks crimson red because of the presence of red crabs. There are fishermens village just a kms down the beach which can give you a insight into their lives. Tajpur does not offer much activity but the scenic beauty and the serene beaches. You can stay at  Tajpur and explore Digha & Mandarmmani.