Tourism is Eastern & North Eastern India is very fast growing and every year millions of tourist from other parts of India as well as International tourist visit here due to its natural beauty and unexplored hidden attractions.

Though West Bengal, Orrisa and Sikkim are relatively popular among Indian tourists, North east remains unexplored and virgin till now. South Bengal or rather Kolkata is the gateway to eastern India for its International Airport. Kolkata is the oldest City in India and has a old world charm along with the most modern tourism infrastructure. Similarly places like Shillong and Darjeeling are well known for their colonial past and till date have traces of British influence. Tourism in this area is based around the unique Himalayan landscape, Ganges Delta basin and cultures distinct from the rest of India. There are more than 100 National Parks and reserve forests in these regions. The most famous being Sunderbans and Kaziranga National Park which are also a World Heritage Sites. Sunderban Tiger Reserve is the Worlds largest mangrove jungle and is the home to Royal Bengal Tigers. Kaziranga is home to 2/3 of the world's great one-horned rhinoceroses. The Northern side of the entire stretch of north east is bordered by mountains. Kunchenjunga Peak is the most famous being the third highest in the world. Shillong capital of Meghalaya State is fondly called Scotland of the east. Meghalaya, Arunachal & Sikkim is entirely a mountain state with amazing holiday destination. The living root bridges of Cherrapunji aren’t built — they are grown over hundreds of years. They are alive, growing and gaining strength over time. Majuli is also recognised by Guinness Book of World Records as World's Largest River Island. Thanga Island - It is the largest island in the Loktak Lake, world's only floating lake, situated in Bishnupur district of Manipur. Waterfalls, Lakes, Rivers, Hill Stations, Mountain Passes, Jungle Safaris, War Memorials, Limestone caves, Tribal Culture, Western Music…...whatever you might be interested in, you can enjoy it right here. 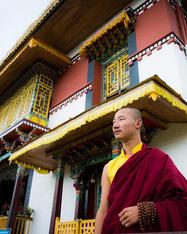 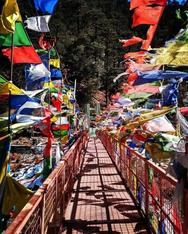 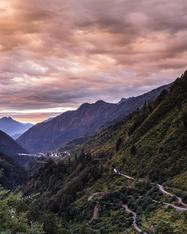 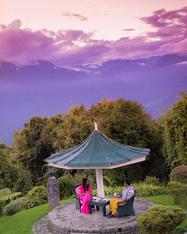 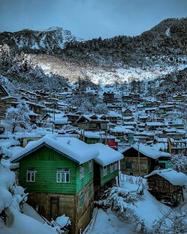 Tourism in North East India is gradually developing and gaining major popularity due to its unique natural beauty. Each destination has multiple attractions of tourist interest and makes a place worth visiting due to its own rights. SIkkim and Darjeeling is considered to be within the tourism circuit of North East India. But in fact it is a different destination and needs to be explored separately. Bhutan tour is also a totally different foreign country and circuit altogether. There is a impression that one can cover the entire North East India tourism places in a single tour, is not true and you need to plan carefully the best tourism places of North East India according to you time and interest. We are assisting our guests plan different types of tours to North East India like Meghalaya/Shillong tour packages, Kaziranga Jungle Safari Tours, Arunachal tour package, Guwahati/Shillong tour packages, Nagaland & Manipur Tour Packages or you can pick and choose destinations like Guwahati/Kaziranga & Shillong or Meghalaya or Arunachal Pradesh and make a combined tour package.

North East and Eastern India has diverse landscapes, great heritage and culture, varied flora and fauna. The region is the most preferred tourist destinations for tourists from all across the world for its picturesque landscapes, spectacular waterfalls, habitat of the country's largest tiger reserve and home to the warmest people on earth. East and North East India Tourism is very traveler friendly with open cultures, casinos, pubs, night clubs to cater to all kind of interests. You can stay at a home stay and enjoy the local culture and traditions. The region is also safe for female travelers as participation of female in tourism sector is very high. Guided high altitude treks, limestone cave exploration, Rhododendron treks, Mangrove forests, one horned Rhino, Red panda are only some of the unique features of East and North East India Tourism. We are here to welcome and assist you to the unexplored land.

Thank you for contacting us! You will hear back within 24 hours. 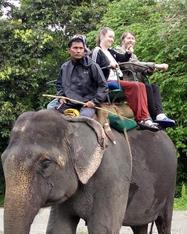