Mayapur is situated adjacent to Nabadwip, at the confluence of two rivers, where the waters of the river Jalangi mix with the Ganga. It is located about 130 km north of Kolkata within Nadia district. Along with Nabadwip, it is considered a spiritual place by the adherents of Sanatana Dharma, also known as Hinduism. It is said to be the birthplace of Chaitanya Mahaprabhu. The headquarters of ISKCON is situated in Mayapur. The largest temple in the world will open its doors this month after the first floor gets all the final finishing touches. The Temple of Vedic Planetarium is all set to unveil soon. Nabadwip is where Chaitanya Mahaprabhu was born. Located on the western bank of the Hooghly River, it is considered to have been founded in 1063 CE, and served as the old capital of the Sena dynasty. This place has turned into an important center of pilgrimage for the Vaishnavs worldwide as well as the Hindus in general. Many devotees come to Nabadwip Birthday of Shri Mahaprabhu & festivities like Dol yatra, Ras purnima, Gaura-purnima.

Shantiniketan in Bolpur is 165 km from Kolkata . It was established by Maharshi Devendranath Tagore, and expanded Rabindranath Tagore and is now a university town with the creation of the Visva-Bharati University. Some of the neareby attractions are Sonajhuri haat, Amar Kutir, Ballabhpur Deer Park. Inside University complex one can come across Patha Bhavana, many note able work of art by renowned artist. Shantiniketan on two sides by the rivers, the Ajay and the Kopai. 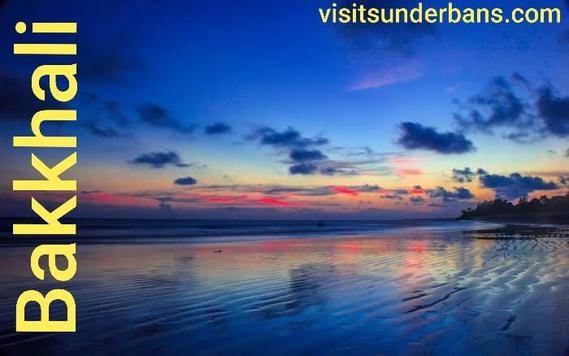 Bengal stretches to the Bay of Bengal in the south. The coastal strip of West Bengal, extending from the Gangetic Delta to the border of Orissa, has some beautiful coastal shoreline, such as Digha, Shankarpur, Mandarmani, Bakkhali, Gangasagara, and Tajpur.
West Bengal is the state on the eastern coastline of India that overlooks the Bay of Bengal. Encompassing a diverse geography, West Bengal is home to both mountains and beaches. The clear waters of the Bay of Bengal, the estuaries of the mighty Ganga and the lazily stretched coastline make Bengal a paradise for the water lovers. With a number of unspoilt and unexplored beaches, Bengal is lately becoming a first choice for the beach lovers. With the calm and composed atmosphere and the beautifully playing waters, beaches here quietly romance with the undulating beauty of the sea.